KP has been trying his best to tell us that he is English. We weren't convinced, because he used his mouth to prove it to us. And what comes out from his mouth is South African. So after trying for many years and failing, he decided to shut up and show us. It still took several tries but I believe him now. It's official guys. Kevin Pietersen is 100% English. 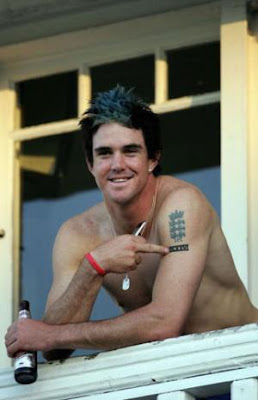 Just in case it wasn't visible...

The crown and the three lions. This is how he pledged his undying services to the ECB for as long as he is not South African. But KP made a mistake. He pointed at the sacred symbol and his test number with is middle finger. Turn the screen anyway you like. That's KP admitting that he secretly wants the ECB to go screw themselves. Hopefully keeping him out of it.


You have to be English if you are good mates with an Australian! Don't be fooled by all the spats, the looks and the trash talking during the Ashes. The truth is, every Englishman love the Aussies and vice versa. The problem here was Graeme Smith. He came between these two and split them apart. Biff had been working as CSA's double agent to ensure KP never got accepted as British. How very mean of you Graeme. 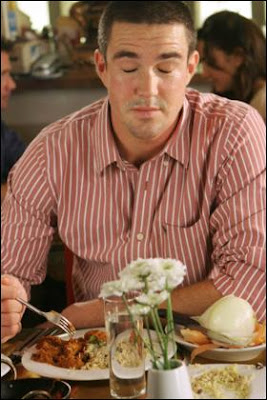 Mark Boucher and Jonty Rhodes both love curry, so no, this is not some inherent white thing. But this failed as well, when he openly expressed his disappointment at not being able to take the 1 million offered to him by the IPL because he had to play for Hampshire. Guess who text him dollar signs to lure him? None other than Chris Gayle. Greedy and cheap. Now I hate him even more. 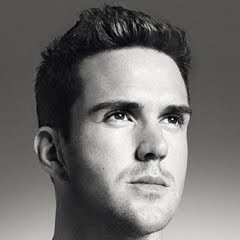 Brylcreem is manufactured in Birmingham and has helped Englishmen with their hair problems for years now. Looking at Tony Blair and Prince Charles' ever-receding hairlines, I am going to say this wonder cream has saved the nation. It's not just not to keep your hair in place my friends. It nurtures, replenishes....revitalizes the muck of keratin on our heads! And KP is the brand new face of this savior.

Like I said, transformation complete.
Posted by Purna at 11:38 AM

KP's lacks taste buds. Or maybe he took them out while flying over the Thames.

Hi Sameer, why have you become Chandler?