Oh, here we go again. Going to Bangladesh is a big waste of time for ECB’s beloved Andrew half-brain Strauss. So what do they do? Pull out the rotational policy! Poor England has such a hectic schedule coming up and poor Strauss has to work so hard for his jokers to receive any amount of respect, that he needs a break from this tour. Because you know, after the Bangladesh tour ends in MARCH, England next plays in the World T20 Cup in MAY. How hectic! I am dying of fatigue just thinking about it.

But listen to this. Strauss KNOWS that it’s important to get used to the wicket in Bangladesh for WC11 but he says that it’s also important to keep the players fresh for their busy summer of cricket…when Bangladesh come to England to play those god damn day-night test matches. I doubt Strauss is going to pull out of that one because, well what flimsy excuse is he going to use then? Plus, if their Ashes hero doesn’t play, who the fuck is going to come watch the games in ‘cricket-loving’ England? 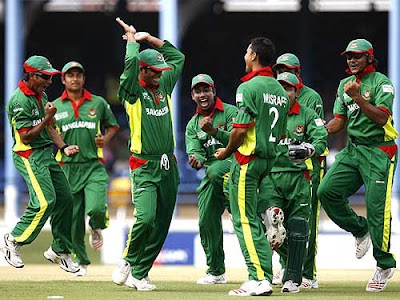 All of Brick Lane that’s who
So we are supposed to accept jeers like ‘’you won against second-stringers’’ because the opposition’s cricket boards cannot be fucked to pull their shit together or send their ‘big names’. Just in case we win, the whole world can say ‘‘Obviously! You had the home advantage and they didn’t have their star players.” Then fucking send them and see how we do assholes! THEN you can make such statements. It’s like everybody is bent on attributing all our wins to anything else other than the fact that we are a good side. Yes, we have brain explosions and it’s high time we learn how to be consistent but so does Pakistan, Sri Lanka and New Zealand. Before all of you start throwing world cup winners and consistent semi-finalist comments at me I’m not comparing them. I’m only saying that these teams have played longer than us and at times they STILL play like somebody just informed them that it’s more than an insect.

You know what Andrew, don’t come. Make Cook the captain instead, or better yet, Ian Bell. Works better for us because we can finally give Talha Jubair a try again, so he can bounce your fuckers out and seal a place in the side. And as for WC11, you are going to be so fucking sorry when you find that the ball has turned like a bitch and bitten you in your uptight behinds! All because you thought you were too fucking good to fly to Bangladesh.

I’m guessing you will blame it on the butt niggle epidemic then, eh?
Posted by Purna at 12:03 AM