My poor heart was very low when England was 101-6 in the 20th over. Specially when Morgan went after a fantastic 9 off 27 balls. I couldn't believe I missed an opportunity to watch his fantastic skills. What injustice!

But then Wright and Bresnan came and my poor heart started pumping faster. What beautiful display of batting! Magnificent. It was a real shame Wright the Hobbit did not get his half-century. He was robbed! Robbed I say! How dare Paine catch that ball! Little frog forgot that a Hobbit is still taller than an amphibian.

The wickets started to tumble soon though. You can't imagine the agony of watching English batsmen walk back to the pavilion. My poor heart could barely take it. It was divine intervention when Paine fell to Onions. That stopped the pain, just for a little bit.

As Watto and Punter hammered the English bowlers all over the place, my heart took a beating too. During that Colly over, 4 1 6 0 6 6, my right atrium was nearly blocked.

Because I was laughing so hard, my heart could not keep up with the increasing demand for endorphins in my body.

If you think I actually felt sorry for England you are drunk this Friday night.
If you are gravely disappointed because you thought the Poms could actually win this, here's another heart-breaker for you: Santa Claus isn't real either.

I am now going to celebrate the return of sane cricket by sharing with you some of my favourite pictures from the match. 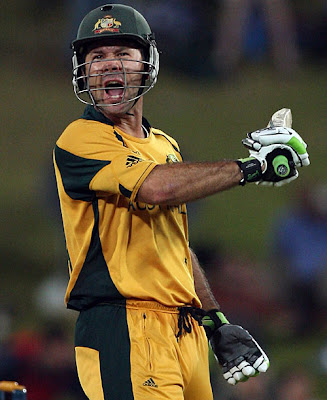 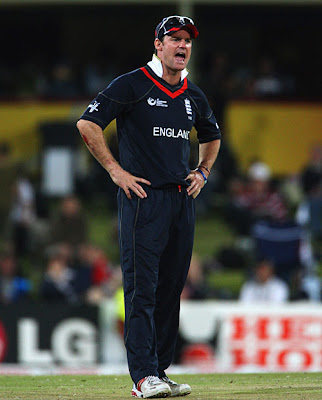 I don't care, I have an Urn that fits in my mouth! 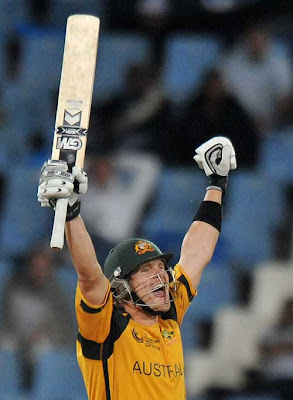 I am still not injured!

Speaking of which, how is it that in a match that had Shane Watson, the ball hurt someone else? That ball has lost its way.
Posted by Purna at 9:57 PM

Doesnt Strauss look like he's just caught someone smacking his wife's behind? In fact, looking at Ricki's pic, it was probably him. Look at the effort he's putting in....Watson sure does like what he's seeing though.

There was only one drunk on friday night.

Stani, it's not right to think about somebody else's wife like that. Bad Stani!

I have a heart. The hollow cave behind my ribs works like one and it works fine.

You thought England could win this didn't you?

it's scary the way Ponting is batting......is sachin's records safe???

Almost 17000 and still more batting to come? I think its safe Chris.

Ponting has just crossed 12k and Sach is right there at 17k. so ponting wont have a chance!!

You're right, let me go get my wife. If she complains I'm telling her it was your fault.

It's not hollow, don't lie. That space is occupied by a pair of testicles. You told me, remember?

I always think England can win. It's my reverse psychology evil eye thing that causes them to lose all the time.

I for one was happy by the mauling they have got! they deserve it to show them their right place in ODI's.

Now the British writers will stop praising them after this reality punch!

England has lost 2 matches Pathetically (nz and aus)..they are back to their best! If only they could have folded out for 150! Sweet revenge :)

@chris
Sachin'a ODI records are safe but his test records are in serious danger, He has only 3 test matches the next season ! :( ricky played something like 17 test matches compared to sachin's 9 (i guess) ..the Indian Cricket board sucks! give sachin more test matches!!!!

Stani, I know you have strange things in strange places in your body. Sorry dear, but you are 'unique' in that way. It doesn't happen to everybody.
And don't hide your love for England.

Adi, aren't you glad I didn't injure Ponting? Otherwise the English would have won and the god damn media would have written silly articles about how England is the team to beat.
If you ask Sachin, I'm sure he is not bothered about all these stats. As is the case with EVERY cricketer who breaks a milestone.