I have yet to form any sort of an attachment to the teams taking part in the Champions League so this one is based strictly on which team has my favourite players.

The Cape Cobras trump all. Guess why?

He's had a miserable return to cricket this season. Being attacked by a Buffalo can lead to a number of psychological disorders, all of which he will use to beat the crap out of every bowler that comes his way. He is hungry for runs and he will smash everything to the spectators. If you are going to any of the games he is playing at, bring a hat. Better yet, bring a shield. You don't want to take any chances with my Hersch. 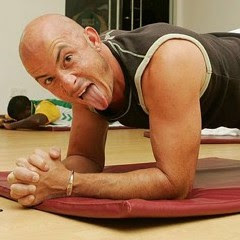 Give me runs and I will give you the moon!
I have also discovered to my delight that Sybrand Engelbrecht the crazy, ambidextrous, fielding freak of nature plays for the Cape Cobras too. Hersch's retirement will only be accepted if this guy replaces him in the field. I am really looking forward to watching him play. Just hope he gets a game.

My loyalties to Saffers, particularly to my alien, soon-to-be-adopted son ROFL, requires me to also send some love Bangalore's way. There are going to be my second team. Isn't it just perfect that the first game is between RBC and the Cobras?

Who will I support you ask? Read again. Gibbs trumps all. The rest merely occupy a special place in my heart.
Posted by Purna at 11:20 PM

I've got to tell you - if I had to support anyone in this odd new competition, it would be the Blues (NSW).

But that was predictable, now, wasn't it?

I see the Cobras won't be meeting them in the second league as well. We'll see you in the finals then?