He's still in the team, just the one where everybody is a fucking broken doll and there is nobody to fix them. Picking up a hamstring injury before the finals! Knowing that the rest of the team wiggles like a bunch of worms when he is not around. SHITHEAD!

Even Elliott has become a New Zealander without Dan. Elliott you jackass, you are South African! Which means you actually CAN beat the Aussies.

Oh what's the point! It's all over anyway. Just when we thought ODI's have a future, Daniel chicken Vettori puts a knife through them. It's all his fault. And Australia's. They really know how to suck the life out of a final. I can't remember the last time the men in yellow played in a final match that had a thrilling finish. They are the World Champions right? It's their responsibility to make sure people watch ODI cricket. So even if the other team plays like this is their second day at the game, the Aussies should fuck up to make things interesting.

Maybe if I call upon the ghost of Mitchell Johnson at Lords.... 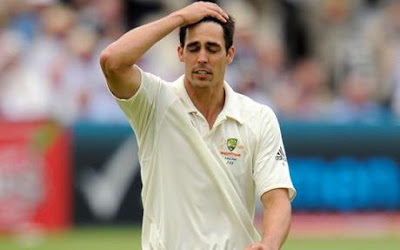