I do love good news on the very first day of the year. It's even better when it's bound to piss more than a few people off. The news is that in the last ten years, Jakes has a higher test average than Ponting. The difference is marginal (Jakes: 58.70, Ricky: 58.38) and Jakes actually has about 800 runs less than Ricky. Regardless, I could spend my whole day picturing Jakes detractors banging their head against the wall. Because you know, Jakes' specialty lies in occupying the crease for eternity, rather than scoring runs. Yet the bastard managed to top the averages. *bang bang bang bang bang*

So is Jakes a better batsman than Ricky? It's hard to say. Statistics put the two neck to neck. And these two would be the first to tell you that they are not 'stats men' (*eyes rolled to the back of the head*). Stats themselves can be debated in many ways. So we could sit here and analyze the numbers or start an alternative test of our own to decide who rules, once and for all. I opt for the latter. 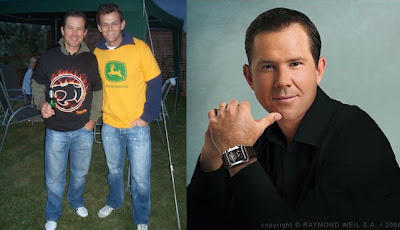 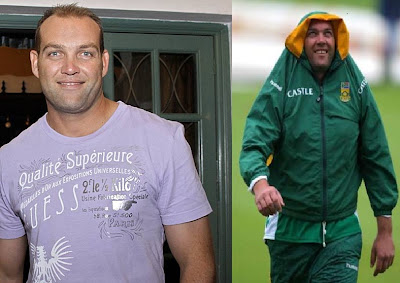 Ricky Ponting wears makeup, while Jakes wears girly colours. Jakes may be slightly more creative with his jacket but Ricky seems to be the one on fire. So this one goes to Ricky Ponting, for having nailed the 'Paine is our idol' look at the wrong age. Jakes' version of Mary Poppins is just not on. 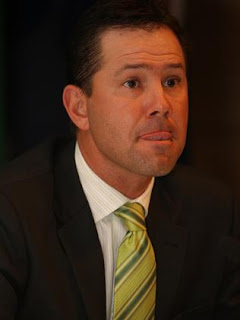 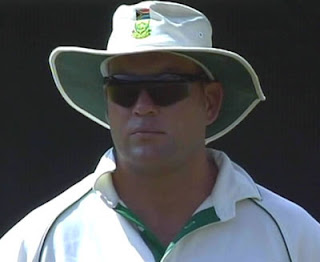 Ricky has many faces. For a comprehensive list, you can go here and here but Jakes frequently looks like that, with our without sunglasses. Although Ricky and his wide range of expressions are highly entertaining Jakes has the ability to spring an emotion when least expected. 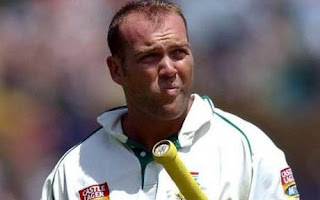 Note, that is Jakes subtly copying Ricky. So this one goes to Jakes, for always managing to surprise us, pleasantly or unpleasantly. The score is now 1-1.

Catergory: Patience
Evidence: Contrary to what you may be thinking, this is not about crease occupation and therefore the test is not designed to ensure that Jakes win. This is about how patient each of them are based on the people they have to interact with.

Jakes has to wake up in the morning to see Biff's fat face and listen to Ntini be cheerful despite having woeful figures. Of course there's AB singing a few notes of his own songs here and there and Neil McKenzie shows up to put up the toilet seat while Jakes is on it, because he has to go out to bat.

The first face Ricky gets to see in the morning is his own. He then has to spend the rest of the day with Shane Watson's bare chest and girly shrieks, report to Mitchy's mom over the phone, say good things about Tim and Moises and last but not least, approve Pup's Bond undies. Sometimes, he even has to sit at the same dinner table with Lara Bingle.

I think we can safely say that this one goes to Ricky. They were going even, till I realized Pup likes to catch things with his undies. I applaud your patience Ricky.

Oh, so is Ricky the better batsman? Fine. Jakes will take the higher average. For now anyway.
Posted by Purna at 9:17 PM

There I did the whole cut and paste jobbie, seems to be de rigeur, but those first two pictures of Punter are truly hilarious, that second one looks like the 'oldest graduate of the year' in the school album. It just won't be so much fun once he retires.

Clarkey is too soft a target.

Saying good things about Ponting?? Purna, are you unwell?

That ad ... I am speechless, but not at all surprised. It seems a very Clarke things to do. I bet he wrote and directed the ad.

CT, have you switched to wordpress? Is it better?
I think the undies is trying to let the Aussies know that their future leader has balls.

Vim, what about Ricky's hair? You have to say something about the hair!

Sid, but I like Ricky! Don't you know? I actually would have given him the best batsman title just because he has had the added burden of the captaincy and his batting has still not suffered. I admire that.
I think Lara wrote this ad.