Let's get to know him. We will talk a lot of shit about him pretty soon after all. Or maybe we will praise him to the skies. Probably the latter, since he is determined to turn his interim status into a permanent one.

He was one of the unforunate ones during the apartheid that lost out on international exposure and hence never got to grow. What am I saying? There are many of him. But he is special, because his parents must have foreseen their son never making it big in cricket. Otherwise they would never have given him a name that makes him sound like a D-grade stage performer. If you haven't figured it out yet, I have a problem with parents giving their children crappy names. I don't care what you say, it's borderline child abuse.

He has also successfully coached the Diamond Eagles to six club titles. That team's current captain is Hendrik Human Dipenaar. Who you ask? He is better known as Boeta Dipenaar. Ring a bell now? No? I thought so.

Other than that, he once had very questionable hair. 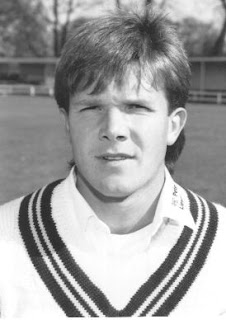 I had once wondered what Shrek would look like with locks. I don't anymore.

Anyway, back to Corrie. From the little information I could gather these are his characteristics: determined, funny name, good record, unlucky and follicularly cursed.

I think this is Mickey Aurthur in disguise.
Posted by Purna at 3:06 AM

BTW - India are so gonna burn you to crisp even though Dravid and Yuvraj are out...

Will they? Maybe they will. But if they don't...:D

Btw you've probably feared it for a long time but it has happened now.

I was jealous of all your pretty children, so now I have one, too. It is still in the beta stage so it would be really nice if an experienced eye like you had a look at it and clicked everywhere and told me if things work ok :D
The child already speaks a few words hehe!

Please if you can spare a minute, leave me a comment and tell me what you think.
Cheers,
Wes

Wes' Cricket Blog:
Play For Country Not For Self

Hey purna, thought you would like this saffa's arriving in Inida, Timesnow.tv. Sad to see the rumours about smith gf are true, that she follows him everywhere, she is the only lady travelling with the boys, she even appears to have quit her job to travel with him full time, rumour is she is so worried about him going back to Minki, sad to see a woman so insecure. Anyway hope you enjoy the vid and an still enjoying reading your blog.

BTW, AB and his boxes are funny, that guy has more luggage then everybody else put together

Milly, just look at video. I really do hope biffy gets away from this new girlfriend. Giving up her job for him oh no that is not good.

Wes, I am sooo happy you decided to put your lovely words in a site. Now we can all blabber together!
And nice doesn't get you anywhere. Paul Harris is nice too.

Milly, thanks for the video. If that rumour is true then that is quite sad. I actually respected her for her job. I saw pictures on the CSA fb page and I thought she was just saying goodbye.
Maybe AB's taking gifts for his Delhi boys!

Purna, it would be just like Ab to take gifts for everybody, sweetheart, I agree re Brigitte, I dont really care about her looks and think that should be irrelevant, but I have lost respect for her, for just quitting her career and living of a man, and they only together six months, bad role model for young girls, just like those english football wags.

Why is Brigitte the only wag travelling with all the guys, the other ladies were at the airport saying goodbye, strange to see one lady travelling with so many men, would be my idea of a nightmare, no girlfriends to talk to, oh well each to thier own way of behaviour

I don't think she minds only having men to talk to...she talks to Graeme Smith after all! Is he even capable of having an interesting conversion with anybody??!!