I don't have time to write up separate posts right now. But I have a lot of thoughts on a lot of things, most of which have pissed me off. Naturally. So this one is going to be a cocktail of such extreme measures that you may actually throw up. Just don't sue me afterwards, I warned you.

On India's win: A middle finger creeping up from every corner and getting entangled in Dhoni's hair. Then pulling Dhoni's hair to expose it as a wig.

On Sachin's double century: The cricket fan in me is jubilant but the Saffa fan in me is sulking like there is no tomorrow. Did you have to pelt my Dale to do it? Everybody's singing your praises and I should too, because nobody else deserved it more but next time (because who else will break this record other than Sachin himself?), pick ANOTHER TEAM. Like Australia. Ricky smiles too much these days. I miss his hairy, sulky face.

On AB's century: What the fuck were you celebrating for? Where were all these runs when the team needed you in the second test and the first ODI? Honestly, I don't care what a great innings it was, he looked like he just wanted his century and nothing else. I know the team wasn't able to support him, but FUCK AB, you weren't able to support the team on SO MANY OTHER OCASSIONS! Play for the team fucktard!

On Charl's eye: Brave man. He batted and bowled with his one eye. Very ghoul-like. Brought back so many childhood memories! 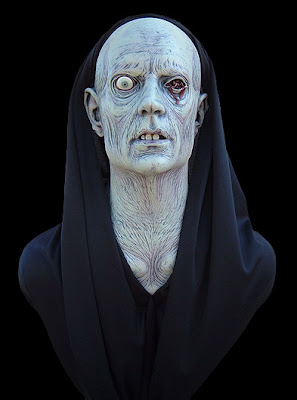 Charl, the one eyed King
On Binga's retirement: No more skateboarding tweety in tests. I am actually saddened by this one. I liked Binga because he never gave up. The prime example of a keener. But hey, now he has more time to promote suits and work on a new album! It will be titled "I wasn't picked for Ashes 2009 and we lost".

On Australia's win over the Winides: Yawn.

On Australia's win over the Kiwis: When did Witchy learn to take wickets in T20? This is bad, it's very bad.

On Crashraful's drop: All I can say is, I am finally sleeping peacefully at night. Doesn't that say it all?

On Mashrafe's impending retirement from tests: Hi, National Captain. You have to be a bowler of Bond and Lee's stature to consider this. They loved their test cricket and tried everything in their power to get back to it. They only retired when they realized that AGE was not on their side either. You are TWENTY-FUCKING-SIX. Try harder.

Lee was injured during Ashes 2009, it wasn't that he wasn't picked. He was on the tour in case of sudden recovery. But, yes. Sad he's leaving.

"On Australia's win over the Kiwis: When did Witchy learn to take wickets in T20? This is bad, it's very bad."

Totally! The bastards always wait until I've given up on them ...

Many of Australia's players would be shit if it weren't for me slagging them off. Fact.

but next time (because who else will break this record other than Sachin himself?), pick ANOTHER TEAM. Like Australia. Ricky smiles too much these days.

Amen to that Purna.

Boy Charl has his stuff going with the chix!

Does Mashrafe think he's going to get another fat IPL contract?

Sid, he claimed he was fit! They didn't pick him.
Totally. You should slag off the Saffers a little.

Mock, he will teach you a trick or two, don't worry.

Mahek, maybe he thinks he is Ricky Ponting, since they bought out his contract too...

U r one biased blogger ms purna! u speaked ill of AB, (someone who scored a century when the whole team was tottering into pieces) but didnt even mention how poor a form GIBBS has been in! Atleast AB scores once in a blue moon, what does herschelle gibbs do? he comes and goes from the crease as fast as a jet plane. seriously, has he forgotten how to use that bloody bat?? If so, then please go and teach him how to do that Purna. Please, I beg of you! After all, you do pretend to be one big teacher. You seem to pretend that you know a lot of things right? Sorry to say, but you know nothing kid! You only know one thing, and that is.. Criticizing! Thats the only thing you do, everytime you open that big stinky mouth of yours.

Learn to give credit where its due, because it sucks when people doesnt!

Sorry if my comment hurt you, I was just trying to prove a point. you may as well delete this if you have no guts to handle the truth. I wont mind.

Gibbs' form has been terrible. But I blisfully ignore those because I love him. He will probably retire soon, as well he should, but I ignore that as well.
AB's one of my favourite Saffers, but I felt he should have done much better in India because he was one of those who was in top form last season. Hashim Amla's century in the second test, that deserved credit. And his team failed him there too. AB needed to bat that day...do you remember what he did there?
We all criticize players like Ashraful because his team sucks overall, but nobody realizes that AB does the same shit as him. Play elegantly and then get out to the most horrendous shots.

I know nothing, but my mouth doesn't stink. My dentist said so.

Nah, you can say whatever you please. As for the guts part, how about having the guts to leave your name darling?

My name is Sarah. But what r u gonna do about that? Sue me for writing the truth in your blog? Haha Go ahead kid! I wouldnt care less.

And by the way, did you know that you've got a really foul mouth?? Seriously, you use R-rated words in almost every post of yours. Dont you think that little school going kids are ought to be more careful about what words they use?

Yes, I am going to sue you because the internet is my personal property and you are the only Sarah in the world.

Little school going kid? You assume too much.