Morne's growth as a bowler

Morne's growth as a bowler is so under the radar that we have not been able to detect it. In fact, you have to have a certain level of faith in him to see that he has grown. And I know many of you don't because he is Albie's brother and look what Albie did to your faith. Instead of pounding it out of the ground he stomped all over it, on his way to yet another miserable single. Pitiful I tell you.

Right, so back to Morne. He might have been beyond brilliant against England at home, but to prove his growth, he will have to be beyond brilliant overseas as well. Then only will he be considered a versatile bowler and hence a dangerous one. But this is something he has yet to do.

Or so you thought.

To prove Morne's case, I present to you a photo, one that has been uploaded in this blog before. However, a repeat publication is necessary because the significance of the picture that will come after, is lost if this one is not seen first. So here it is: 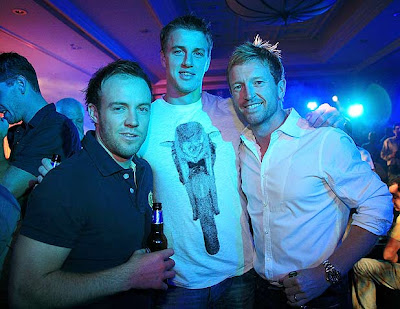 Once again, as I did before with this photo, I will draw your attention to Morne's t-shirt. It's a racoon on a bike unless I am mistaken. Very gutsy, very in your face. All necessary qualities for a fast bowler. We now move on to the second picture: 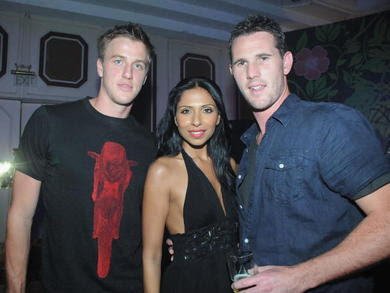 Morne is wearing the same t-shirt but this time it is black and the racoon on the bike is red.

Thus we have versatility.

Morne can't even get a game with Rajasthan. I doubt he's grown as a bowler.

"Warnie's mob" consists of Tait and Voges, too. Both are benched alongside him, now.