1) Environmental Injustice: Yuvraj Singh dancing i.e. moving his hands, legs, head, fingers, belly all at the same time (a rare occurence), to aggravate those who live in the centre of the earth. And we wonder why there are so many earthquakes these days. 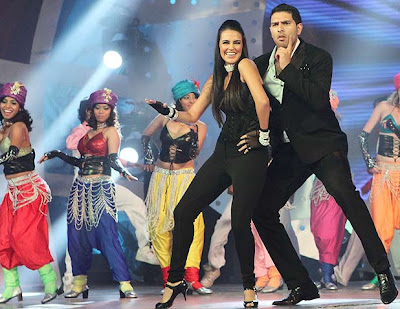 2) Artistic Injustice: Allowing Durby to enter a cricket field where people make history is bad enough. Allowing him to be on a stage (any stage) where artists create magic is not far behind. Especially if Shahrukh Khan and him are re-enacting some sort of a mating dance by bulls. 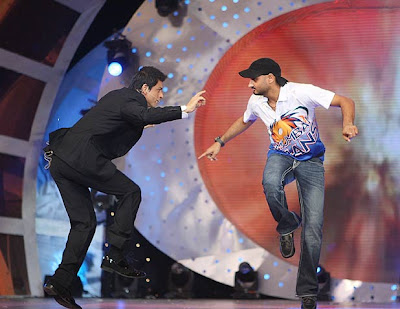 3) Vertical Injustic: Making other people feel bad about not being as tall as Ishtant Sharma. Guys, if you have seen him bowl, you will know that he is short in places where it matters. 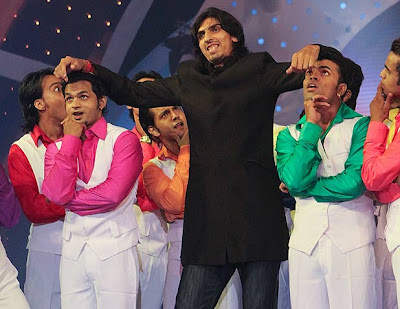 4) National Injustice: Adam Gilchrist and Shahrukh Khan grinding. Both wearing belly dancer's belts. Australians and Indians watching in horror as the two nations come closer than they would have liked. 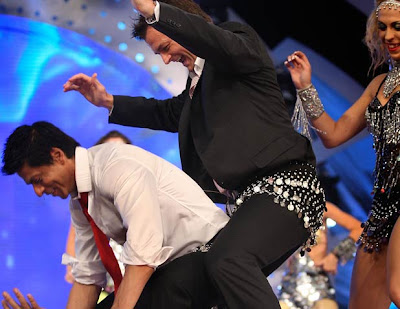 Christ on a bike!

Ishant Sharma: skeleton out of a closet.

Where do you get these pics from?

Ishant Sharma: skeleton out of a closet.

Where do you get these pics from?

Yuvi thinks: Hmm..is it better to look cool here than like a fool in the ground?.

From times of India believe it or not!