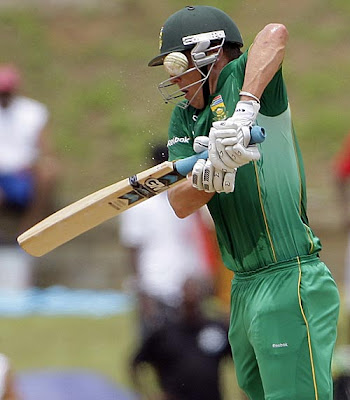 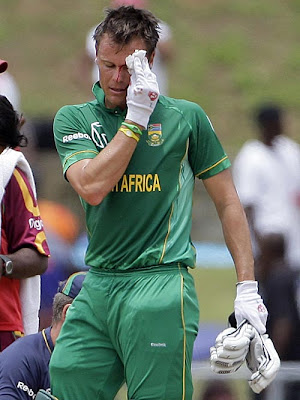 Saffers got a small total, so small that Botha had to come back after retiring hurt. Then Morkel, who is having a friggin' awesome series and still not winning any man of the match awards murdered the Windies along with one eyed Charl. Charl's devotee, one eyed Botha also did well, even after the assault. Now there's a symbol of hope.

West Indies did nothing to try and reach the small total. SA won the series but they will still play the remaining two matches, just for kicks.

Absolutely nothing else happened in this match. Literally.
Posted by Purna at 12:27 AM

At home Bangladesh would beat this Caribbean team.

Botha's second coming I saw, and heard them go on about his stitches. That was confusing. Only much later did I see the retired hurt, they do stitches fast.

Grey, don't be too sure of it. Gayle likes to kill minnows too.

NC, they took out a part of his eyebrow too...