Can't be bothered to even have random thoughts about the Ashes anymore. Specially when one of my favourite new era South African bowler has been left out of the squad for the upcoming Champions Trophy. I am launching a campaign to bring Morne back to the sqaud. I have nothing against Peterson and I know its difficult when there are this many awesome players in a team. But, Morne is damn talented and needs to play more to grow as a bowler. He will then take over the world. Why would you not want to campaign for a man who will take over the world? Join in, I'm telling you. He might give you a country or two.

If Morne comes back to the squad not only will he take wickets and trouble the opposition regularly with his immaculate line and length, he will also entertain us otherwise. The boy is multi-talented. Here are his many qualifications apart from being one of South Africa's best discovery in the fast bowling department: 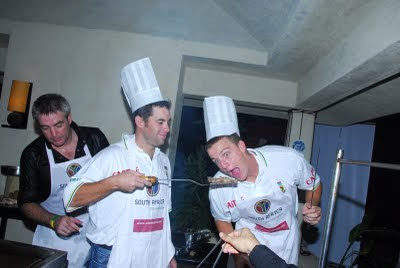 He can cook. Home cooked meals will be good for certain members of the team who clearly have weight issues 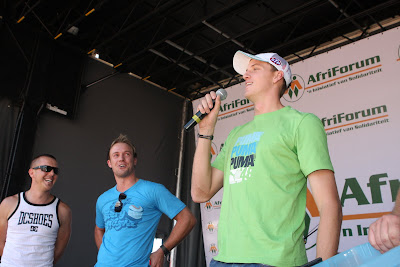 He can sing and will subsequently keep the mic away from AB. This will give our ears time to heal after listening to AB's single. 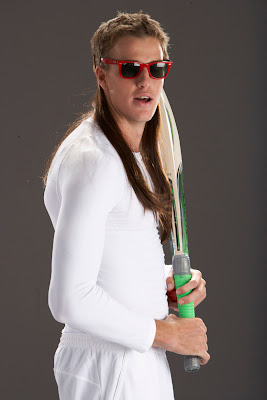 He will use his rock star like looks to distract the fans so that his team mates can focus solely on the game. 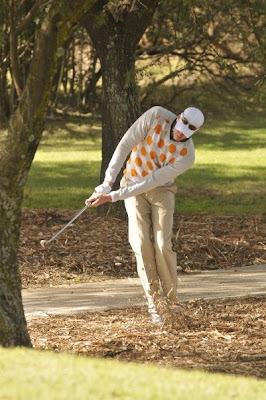 He will give his mates lessons in fashion. We all know cricketers these days need to be able to do more than just play. 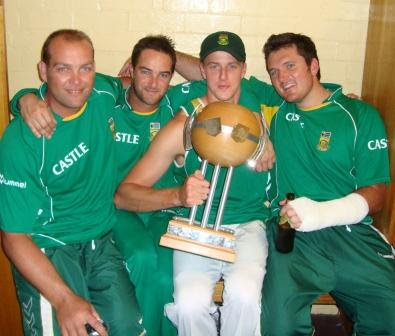 He fits in comfortably in a bench with the top three pumpkins of the current South African squad. That takes special talent, worthy of a mention in his campaign. Incidentally, these are the same players that he will save with his cooking.

He must come back. This is meant to be Morne's season people. Let him play!
Posted by Purna at 2:56 AM

Anyone who steals AB's mic gets an instant start in my XI. Bring Morne back!

Also Purn, for the record, of the 3 pumpkins how did Morne get more bench space than Bouch? Poor boy looks rather squished.

I think it's GraHam that's squishing Bouch. Look at how much space he is taking compared to the other three. Which is only expected. He is the biggest pumpkin after all.

You know I love my AB but his singing is atrocious. This is my way of getting the message to him.

Loving the blog. Keep it up, things have been so quiet around the traps.

One thing that puzzle me though.. How can you love Gibbs for all the reasons you outlined in your first post, and still like AB? AB's made of cardboard, I swear. He's not really a real person...

Thanks Lionel! I know...Amy's influence is unparalleled. I only hope our patience is rewarded soon.

Lol. I love AB because he is a great player and of course he is South African :). I see a big future for him. BUT, he isn't my hero. Loving someone and worshiping someone is different. He is one of the peachy boys that I was referring to in the post BTW.

"Join in, I'm telling you. He might give you a country or two."

I knew there was another reason to why you liked him. A piece of Pakistan not enough eh?

Smith is now slimmer but Morne gets dropped??? Work it out, Morne's cooking was the reason for Smithy's weight issues hence they have to leave him behind.

Why's that guy about to pinch Neil McKenzie's behind? These Soufrican boys are real close. When he asked for a pinch, it was probably a pinch of salt.

What's the chances he will get a game even if he was picked? Morne should start modelling, the boy has the length. Do it now before AB gets into it and steal all the shine!

Smith is not slimmer Stani. It was the suit. We won't know till we see him in his Reebok pajamas.
An Englishman looking down on world invasion...there's something you don't see everyday.
Who said that guy is South African?

Bon, AB will never be able to pull off the long hair like Morne does. He can also keep himself busy by baby-sitting Albie's kid and maybe opening a day care in the process.

I asked his Mummy and she said he is Soufrican....but he may play/cook for England in the future.

And stop referring to me as English. I am not a nationalist at all. This world and it's countries are as much mine as they are everyone elses. It's because of this nationalism rubbish that the world is in such a state (no pun intended...just happens).

I think Morne should pull a Gunther on CSA. Go play County.

Stani, if there was no nationalism you wouldn't be supporting Pakistan. So put a lid on it.

Bon, I agree but county cricket can only keep his game up. It won't help him grow. He still has so much to learn and I get more and more upset as I realize what this season could cost him. A fast bowler's career is really short as it is..unless you are McGrath.

I knew you'd step into that one. I support the cricket team not the country. If any other nation was as naturally talented and exciting to watch as them, I'd support them instead.

Plus, I'm British not Pakistani :o)

Whatever helps you sleep at night Stani :P. And don't bring your Queen up in my blog. I have issues with her.

That sounds bad. Tell me Purny Wurny. I would sort her out for you but the old hag's on her way out anyway. She's had a good innings though but lets hope she doesn't hang around like her old dear as Willy (bet you like him) is probably itching to make the national anthem his.

I don't like Willy. He is too much of a good guy. I like Harry Pothead for obvious reasons.

Purn, I'm a little freaked out if it wasn't for your love of Punter, hate of the queen and Stani I'd think I had a twin. Bouch and Harry, wow I better watch you don't pinch my boys!

"You are endorsing a guy who had drug issues? I like."...now I wonder who said that!

He's not even the wonderful Princess Diana's son the racist pig.

You don't like good guys? I knew there was something you had against me and my like.